I’m really looking forward to Microsoft’s Xbox 2, codenamed Xenon, and GI has done articles on 2 of the 3 next-gen systems coming late 2005-2006. Here’s a couple quick facts about the Xbox 2:

And as for Nintendo’s next console, codenamed Revolution, it will be compatible with Gamecube games and might have online play. The less-interesting article for it is here:
http://www.gameinformer.com/News/Story/200…1407.55454.htm

I still don’t know much about the Playstation 3 yet. But with the upcoming PSP and future plans for the DS technology, the future of gaming looks bright.

I think that the Revolution and Xbox 2 will both be good, but for different reasons. Who knows, though? We still have to wait.

Here’s a bunch of fake Xbox 2 pictures; just posted them because they seemed interesting: 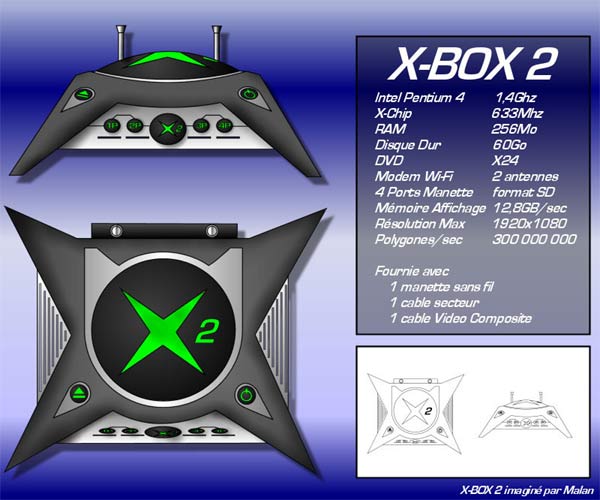 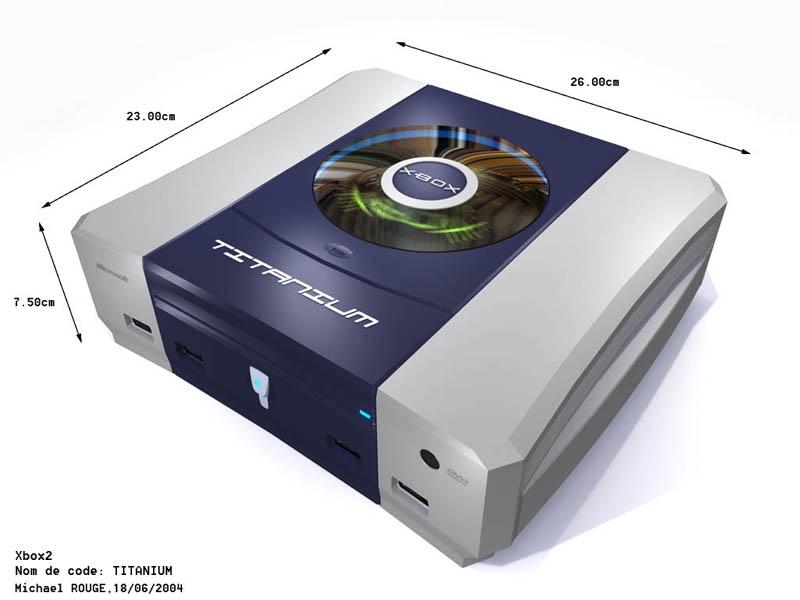 But if you want some solid info on the console, try this link at Gamespy:
http://xbox.gamespy.com/xbox/microsoft-xbo…html?fromint=1

Too bad that they’re fake, they look slick.