After five years, a project most presumed dead has at last been recovered and massively upgraded. In 2016, I set out to create my own Prime 2D engine based off Kousoru’s GM8 engine (See AM2R forums.) For the game in which the engine is being built around, a complete re-write of Metroid Prime, with new rooms and expanded areas, designed to combat the few faults Prime had with backtracking, and new items from the 2D series that make the adventure new and exciting, keeping players guessing what item they actually need next (unless of course, you opt in to the built in hint system) in the spirit of collaboration, the engine was intended to be released with the game, for other players to create their own Metroid Prime style 2D adventures! It is with these revelations, the Expanded Metroid Prime style Remake Engine (EMPyRE) was born, now in Game Maker Studio 1.4, the engine is a solid 65-70% complete.

I am looking for test players! We need people to test and review game functions who have played the 2D titles and is proficient enough to have solid thoughts about the game. If you would like to contribue to the project in any way, please contact me directly. In the meantime, enjoy some screens from then and now!
Cheers! - L. 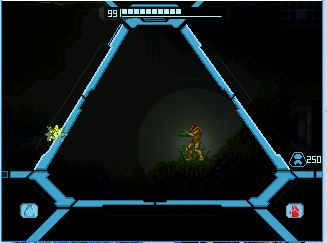 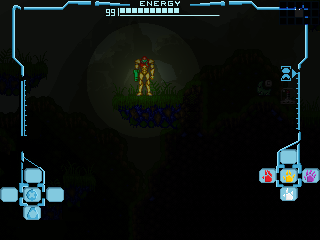 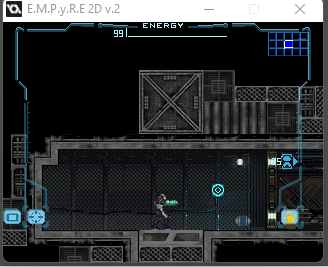 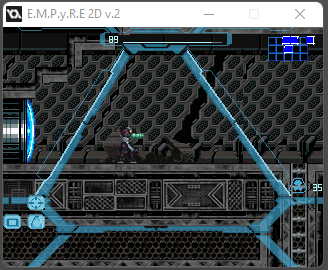 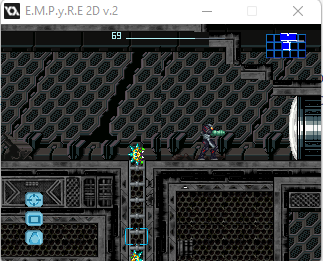 Gravity Suit Samus (Final) Stands next to her Thermal Visor upgrade and a deactivated door I didnt scan to open. 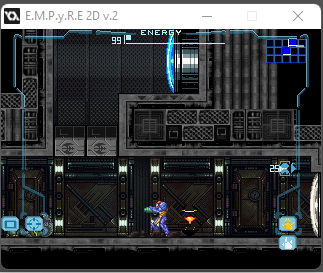 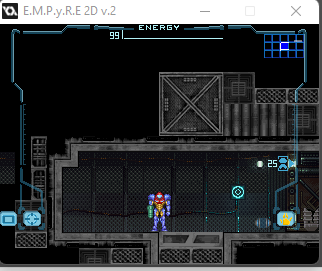 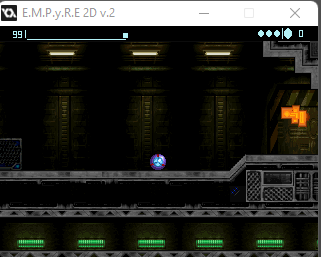 First Look at Phendrana Drifts (Sneak Peek) Samus encounters some sheet ice.
Gravity Suit (Previous Version Sprites) Next to a Wave Door, I sequence broke and wall jumped the wall, but haven’t gotten the wave beam yet, so looks like I won’t get into Glacier One without it lol. (Lmk what yall think about the sky light, i love it personally.) 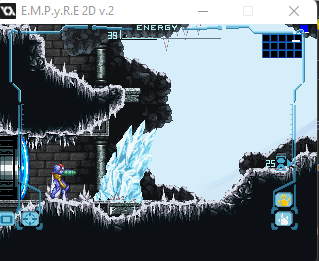 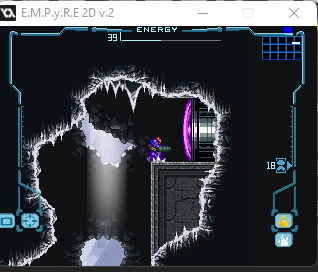 Last one, you can see the rain emitter is currently running in the background, soon to be snow, but it gives off in game a cool “melting” sort of sensation, although unfitting for a sub zero area. 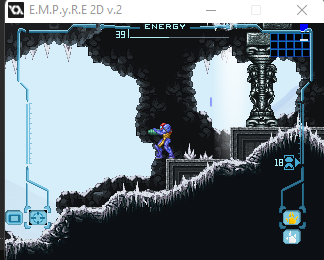