Remember that one game that’s gonna be the best game ever? Spore? (if you’ve never heard of it, boy, are you missing out. Click here to see a demo.)
http://news.bbc.co.uk/2/hi/technology/6638771.stm
They pushed it back another effing year.

Personally, I’m just gonna copy ideas from games and such. Depending on how advanced the flying capabilities will be, I might make a metroid. I’m definitely creating the… um, something, from D&D. I forgot the name. It starts with an O, though…
Anyway, it’s an enormous sphere of arms, all coming out of the center of the sphere, with an eyeball in the palm of each hand. It’s orange, if that helps…

I’ll make a Wingless Ridley or something. lol
I think it would work out looking at how…customizable this thing is.
It would be rather easy to make some form of a ridley. XD
Unless it becomes like, green or something.
Either way, think of Ridley city. XD

So, I figured out a game I have to copy. 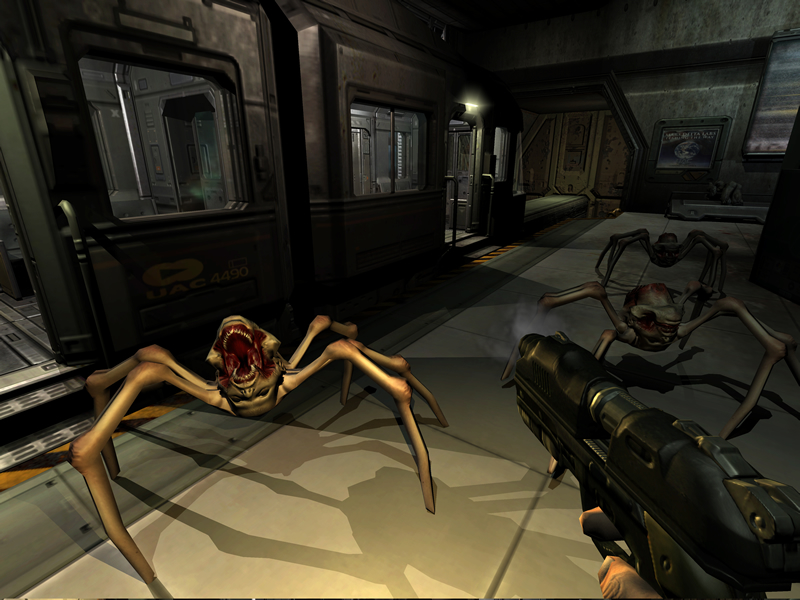 Of course, they’ll have a TOS dealie that says you can’t upload copyrighted creatures, so I won’t be able to have scary spider heads crawling around other peoples’ planets, but still…

Just wait n see.
Mabye they won’t kill you for it?
(Or them)

Damn you. I was planning on making Trites too. :<

Oh well. Still got my beloved zerglings and such.

Wonder if I could make a Behemoth…